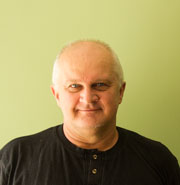 is a german living since 1996 in Nepal. Being an Anthroposophist, Buddhist, Reiki teacher and singing bowl wholesaler has led him to become the Founder of the SoundPlanetarium as well as Founder of the first biodynamic farm of Nepal, the ‘Land of the Medicine Buddha’. ‘And still growing’, as he says with a big smile. […] 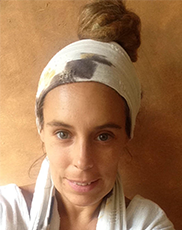 Helen arrived with us in Nepal in early 2017 as an enthusiastic and curious student. Fresh from fulfilling a busy London career she found herself in Nepal recognizing an inner calling for change from western ideologies, towards a more fulfilling life purpose and values. Today she is an important part of our SoundPlanetarium Sangha (family). […]

was born in the heights of the Himalayas in a remote tiny village nearby the Tibetan border into a Buddhist family. At the age of 10 she moved with her family to Kathmandu in order to live near their monastery and in 2008 she has joined the SoundPlanetarium. She is now the most experienced practitioner […] 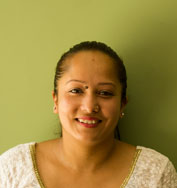 Is a self-motivated young mother that joined the SoundPlanetarium in 2010. Her welcoming and confident nature has helped her to gain great insights into the world of sound therapy with singing bowls. Now having given many hundreds of treatments she has become a secure therapist and forms a team with Chödon taking care of the […]